The Cole County Volunteer Fire Department began operation in 1969. Three years later, in 1972, the first volunteer fire station was then built on Route C. As the members grew more wide spread, another volunteer fire station was built along highway 54 near Brazito in 1980. The Route C station had as much as 2,950 gallons of water, and the Brazito station had 2,500 gallons. Today, the district has nearly 20,000 gallons of water on its vehicles throughout the area, ready to fight fires in areas which do not have fire hydrants. In April 1993, the Cole County Volunteer Fire Department asked voters to form a fire protection district. Forming a district would mean better fire service and lower insurance rates due to the increased funding. The voters accepted. On August 8, 2000, St. Thomas Fire Department joined the district. Since 1993, the CCFPD has purchased two new pumpers, two new tankers, and four new brush/grass trucks, built six new stations, purchased several new sets of extrication equipment (Jaws of Life), and upgraded much of its equipment.

If you know any information relating to the Cole County Fire Protection District, or any of the three departments that have created this district, please let us know. Please go to our Contact Us page to find the most convenient way. If you have photos that you would like to share, please mail a duplicate to our district headquarters, or send them via e-mail . Please limit transfer to 15 MB per day. 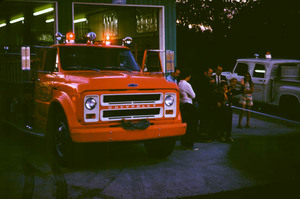 Print | Sitemap
One Team ~ One Job ~ One Mission
Login